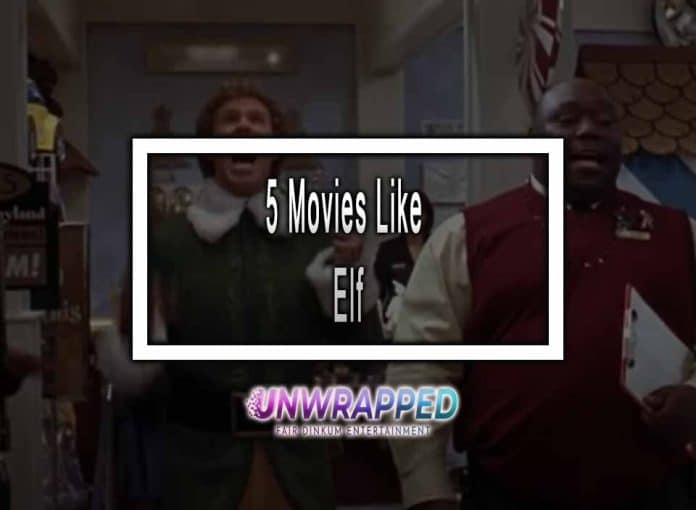 Here is our list of Movies like Elf that we are sure you will enjoy. Buddy was a baby in an orphanage who stowed away in Santa’s sack and ended up at the North Pole. Later, as an adult who happened to be raised by elves, Santa allows him to go to New York City to find his birth father, Walter Hobbs. Walter, who is on Santa’s naughty list for being a heartless jerk, had no idea that Buddy was even born. Buddy, meanwhile, experiences the delights of New York City (and human culture) as only an elf can.

How the Grinch Stole Christmas

Inside a snowflake exists the magical land of Whoville, wherein live the Whos, an almost-mutated sort of Munchkin-like people who all love Christmas. Just outside of their beloved town lives the Grinch (Jim Carrey), a nasty creature that hates Christmas and plans to steal it from the Whos, which he equally abhors. Little Cindy Lou Who (Taylor Momsen) decides to befriend the Grinch.

Based on Gail Carson Levine’s award winning novel, this is the story of Ella, a young woman who was given a “gift” of obedience by a fairy named Lucinda. She must obey anything anyone tells her to do. When her mother passes away, she is cared for by her thoughtless and greedy father who remarries a loathsome woman with two treacherous daughters. This modern-day, fantasy Cinderella story features fairies, ogres and elves.

Chronicles of Narnia: The Lion, the Witch and the Wardrobe

Four children from the same family have to leave their town because of the bombings of WWII. A woman and a professor take the children to their house. While playing a game of hide-and-seek, the youngest member of the family, Lucy, finds a wardrobe to hide in. She travels back and back into the wardrobe and finds a place named Narnia. After going in twice, the four children go in together for the last time. They battle wolves, meet talking animals, encounter an evil white witch and meet a magnificent lion named Aslan.

This is the story of a young hero boy on Christmas Eve who boards on a powerful magical train that’s headed to the North Pole and Santa Claus’s home. What unfolds is an adventure which follows a doubting boy, who takes an extraordinary train ride to the North Pole; during this ride, he embarks on a journey of self-discovery which shows him that the wonder of life never fades for those who believe.

Noelle has always had to support and encourage her brother Nick, who was ordained to take over as Santa. When Nick disappears right before Christmas, Noelle goes on a funny and heartfelt journey to find him and, ultimately, what Christmas is really about.

I hope you find something on this list you will enjoy; if you like Elf, we are sure you will enjoy the rest of these titles. Comment below on other movies you have enjoyed similar to Elf .