5 Easy Ways to Learn Stoicism and To Be More Stoic 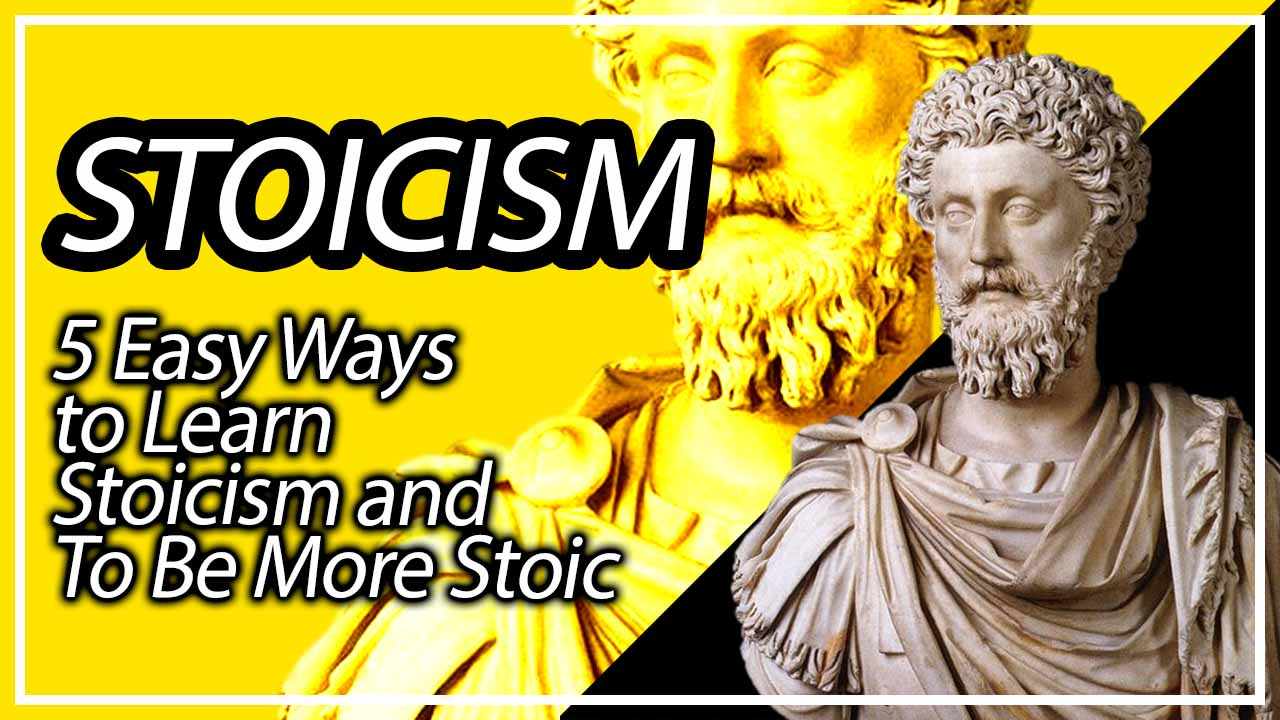 Who were the Stoics and what can they teach us?

The philosophy of Stoicism and its practical application offered Marcus Aurelius a Roman emperor answers to almost the same questions we ask today: how to overcome difficulties and bravely respond to life’s challenges? Is it even possible to be happy in difficult times? Can the realization of personal happiness not conflict with one’s humanity?

For the Stoics, happiness is the purpose of life. All people should be happy. However, happiness doesn’t come by itself, say the Stoics, and we humans are the main protagonists in its realization. A happy life is achieved by living by the laws of nature, by action that springs from the most sublime part of our human nature, our humanity.

Happiness understood in this way includes the well-being of the individual and society. For Marcus Aurelius and the Stoics, overcoming life’s difficulties and personally achieving happiness isn’t possible without respect for human dignity, philanthropy, and striving to achieve the common good.

Ultimate Guide: What is Stoicism? A Definitive Guide to Stoic Philosophy

If you want to learn how to become one of the Stoics, follow these 5 easy ways to learn Stoicism.

1. Have an objective view of the world

We cannot say that something is good or bad, because good and evil are subjective. It is bad for you that your wallet was stolen, while it is good for the thief to be able to feed his family. Before we start to get annoyed, we should look at situations from another angle as an objective observer.

It’s very important to have mentors and role models to look up to. But emulation can turn into imitation and all you are going to produce are copies. Stoicism emphasized the harmony between acceptance and change, the perfect balance of destiny and free will. Find out what your talents are and exploit them. We always look to outside sources for inspiration when the answer is deeper within.

You enjoy a pleasant walk when it suddenly starts raining and you don’t have an umbrella. You think, “Uh this rain just fell to ruin my walk!” No, it rained because it had to fall, among other things, to water the flowers and water the fields. We have to accept that things just happen and that we can’t influence them, we can only influence our reactions to events.

Also See: How Can Meditations And Stoicism Help You In Daily Life?

The things that depend on you, it’s good that you worry. It’s good that you want to change it, improve it, and perfect it. But what doesn’t depend on you, you can’t change it. If you can’t do anything, don’t worry. Especially don’t complain. Complaining is a waste of time and energy. The only thing you accomplish by complaining is attracting miserable thoughts, miserable people, and miserable luck into your life. Can you do something to improve the situation? Do it. Do what you have to do the best you can.

Time is your most valuable resource. How can you waste it?

All your resources can be lost and recovered later. But when time passes, it can never be returned. Life is fleeting, you can lose it at any time. To wander and do nothing with the time you have is to despise the whole of life.

Stoicism is the enemy of laziness. And not only can the time you have run out. You can also run out of your ability to do things. So do what you have to do as soon as possible, anyone can wander.

5. Accept the stoic view of death

It’s not something we like to talk about, but death is the only certain thing in our life. Confronting that is liberating. Whether you realize it or not, death anxiety is the root of our fears. The Stoics looked death in the eye and accepted it as a natural part of life.

Stoics view death as a natural phenomenon. Seneca says, “All life is nothing but the road to death.” After all, whatever you are as a person, entropy will always take its toll. But you don’t have to be afraid of that. It’s the most natural thing! Accepting that we are mortal is liberating and terrible, but worth the effort. Only when you understand this can you become a stoic!

Conclusion – Who were the Stoics?

Does applying Stoic principles allow for a better life? According to statistics collected by the Stoic Week 2013 team, among the 2,400 participants, 56% of them say they have become more sensible and better. Among these same 2,400 people, 14% saw an increase in their life satisfaction, 9% an increase in positive emotions (joy or optimism), and 11% a decrease in negative emotions. The results may seem weak, but they are significant in such a short period. You don’t get stoic in a week. It takes several years to come close to the ideal of wisdom supported by this philosophy. But the fact is, in seven days, we get results with some people. In several months or several years, the positive results will probably be more consistent.

Also See: What is Stoicism? Things You Need to Know about Stoic Philosophy

Lack of Motivation: The 5 Motivational Sources for Life

What is Stoicism? A Definitive Guide to Stoic Philosophy