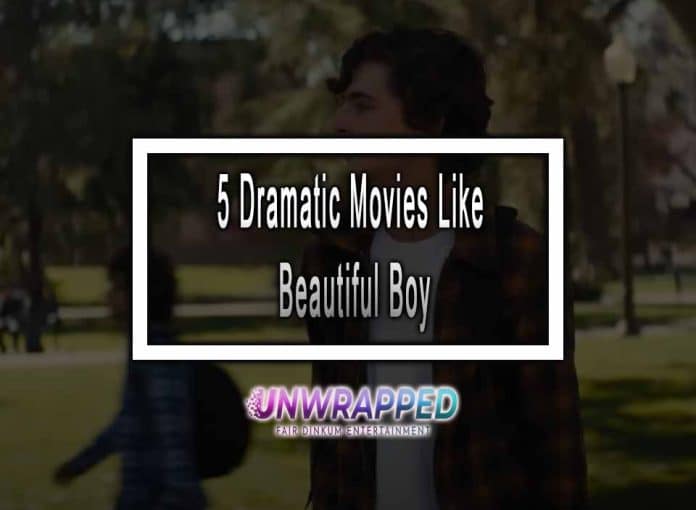 The beautiful boy is one of the fantastic movies primarily for the parents who want to handle their kids’ problems. Nowadays, parents have many challenges to deal with their kids and their rising issues. Young adults have different mindsets as they rise and think with intelligent approaches. Therefore the Beautiful boy is an inspiring movie that you must watch and enjoy.

Now here are some dramatic movies like Beautiful Boy that you can enjoy.

Wildlife is a fantastic story about a young teenager who grows before age. It talks about the 14-year-old boy and his father, Jerry. The father leaves his job and runs from the house to fight the jungle fire. Here all the duty of a growing child is on the mother, and she tries her best to provide a good life. The young boy’s mother works hard and wants to keep his head above water for his son. The child continuously witnesses his mother’s struggles, making him an adult before his age. Therefore it is a fantastic movie similar to Beautiful boy as it also talks directly to parents about how their efforts can normalise their children’s lives.

Mid90s is another story of a young 13-year teenager named Stevie. He lives in Los Angeles with his mother and brother. The life of a teenager is not like the roses in bed. Stevie’s brother is abusive, and his mother is also self-obsessed. It gives them a tough time to Stevie, but he also gets a chance to join a group of children. They are also grouped from the same age and named the Sunburn. Stevie learns about the group’s antisocial behaviour and thinks they treat him like a young child. However, the movie story is all about the internal conflicts that make it similar to your favourite Beautiful Boy.

Eighth grade is one of the motivational stories about young teenagers. She used to post motivational videos on Youtube, but she didn’t get any friends in school. She also knows about her behaviour and feels terrible once she gets a chance to attend the class party. It is the turning point where she starts as a boy at the party. However, she learned excellent lessons from her tough times, especially after reviewing the videos she uploaded on rising issues.

Being Charlie is the story of Politician Son, who has the habit of using addictive material. The whole family decides to send Charlie to a rehabilitation centre. But when he comes to know about it, he runs away from the house. The family also managed to get him back and send him to rehab. Here he meets the young girl and falls in love. It is also like the other movies about teenage issues, especially addiction.

Again a fantastic story of teenage boy Jeffrey. He has been a disturbed child from a very young age. He used to take the alcohol that made him antisocial. Moreover, he also has a quirky habit of collecting dead animals and many other weird patterns. However, after becoming an adult, he has a sinister personality. The movie has a primary focus on childhood issues and problematic issues.

Also, See This: 5 Movies Like Lock Stock and Two Smoking Barrels to Watch