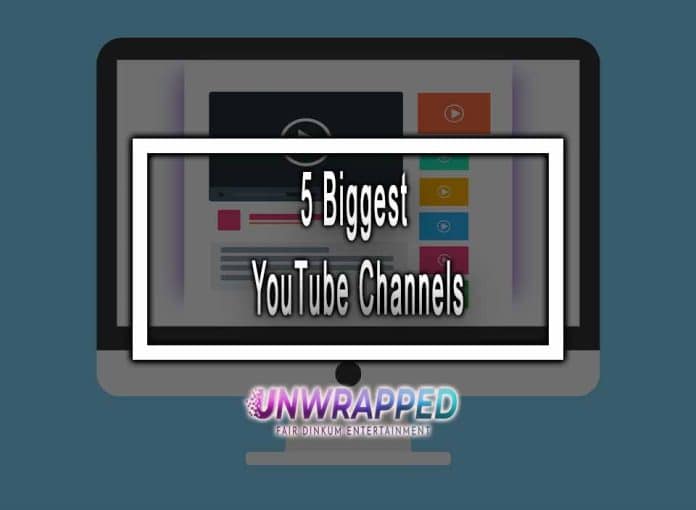 In 1983, Gulshan Kumar founded Super Cassettes Industries Private Limited, doing business as T-Series, which was engaged in music recording and film production. Indi-pop and Bollywood soundtracks have made it a major player.

This American YouTube channel and streaming media show is owned by Moonbug Entertainment of the United Kingdom and managed by Treasure Studio of the United States. The company specializes in both traditional nursery rhymes and 3D animation.

There have been two versions of Sony Entertainment Television since its launch in 1995. The first version was in Hindi and had been launched on 30 September 1995 by Sony Pictures Networks India, a subsidiary of Japan’s Sony. The second version was in English and was released in 2008.

YouTuber PewDiePie is an acronym for Felix Arvid Ulf Kjellberg, better known as PewDiePie. He has been known for his Let’s Play videos and comedic formatted videos. He has become one of the most well-known online personalities because of his popularity on YouTube and extensive media coverage.

YouTuber, Internet personality, businessman, and philanthropist Jimmy Donaldson, better known as MrBeast, is a renowned American YouTuber. YouTube videos featuring expensive stunts have been credited to him as a genre.

Who is AJJU Bhai?

Ajju Bhai aka Ajay is the owner of 5 YouTube channels including Total Gaming. With 32.1 Million subscribers, Total Gaming is India’s top gaming channel on YouTube. Bhai, born in 1998, is currently 24 years old according to the year 2022.

Also Read: 10 YouTubers That Disappeared Without a Trace

Stay Connected
41,936FansLike
5,684FollowersFollow
866FollowersFollow
Previous article
10 YouTubers That Disappeared Without a Trace
Next article
Over Heard’s Abuse Claims, Disney Fired Depp From The ‘Pirates Of The Caribbean’

10 Terrifying Swimming Pools – What Were They Thinking?