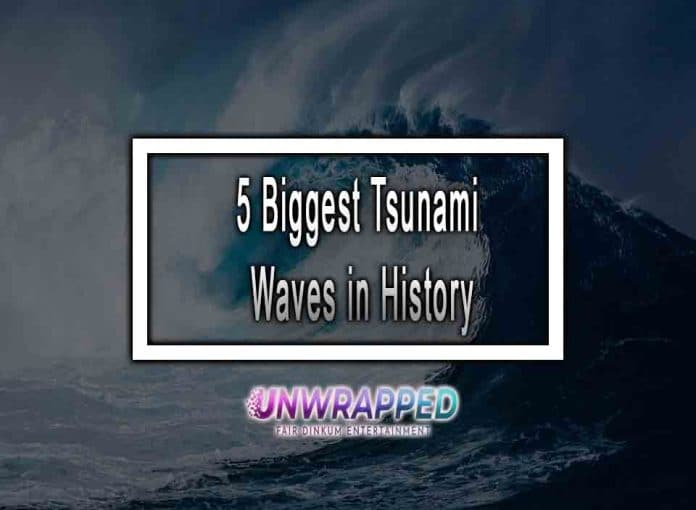 Tsunamis have been around for as long as there have been oceans on the planet. A tsunami is a sequence of ocean waves caused by water displacements, such as landslides, volcanic eruptions, or earthquakes. The term “tsunami” is derived from two Japanese words: “tsu,” which means “harbour,” and “nami,” which means “wave.” There have been innumerable tsunamis over the world. The following are the five most devastating tsunamis in modern history.

The majority of tsunamis go unreported. Tsunamis, which are defined as waves triggered by a disturbance such as an earthquake, landslide, or volcanic eruption, are frequently only a few inches tall, according to NOAA. However, if the inciting incident is powerful enough, the consequences might be devastating. The most powerful tsunamis travel over the open ocean at the speed of jet jets and grow to be as towering as buildings. When they reach land, they can devastate entire communities in a matter of minutes.

The tsunamis on this list aren’t always the deadliest or most damaging, but they do reign supreme in one category: size. Here are the world’s tallest megatsunamis.