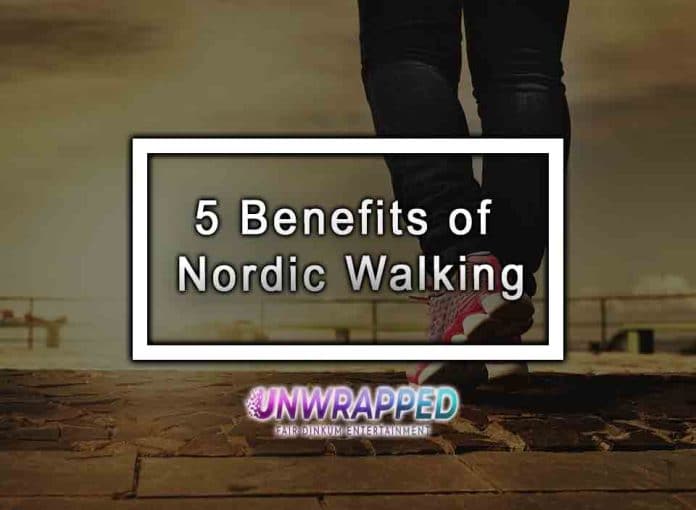 It has been shown that Nordic walking is a straightforward and doable kind of physical exercise that can be performed by nearly anybody, almost anywhere, and virtually at any time. In this essay, we will discuss all of its numerous advantages.

What is Nordic Walking?

Nordic walking, sometimes known as pole walking, is a kind of walking that originated in Scandinavia and made its way to central Europe over 20 years ago.

It combines the traditional method of cross-country skiing with sport walking, which is brisk walking with the extra use of specially developed poles. These poles provide the benefit of actively integrating the upper body and arms, which is beneficial for overall fitness.

A research on the social and environmental elements that impact the practice of Nordic walking and that contribute to the well-being of persons who participate in this activity was conducted in the year 2020.

According to our conception, a person is said to be in a state of wellbeing when both their bodily and mental health circumstances allow them to have a sense of contentment and peace.

Interviews were conducted with a total of 220 people who participated in the Nordic walking research. The most important results are presented in the next section.

Participants in the research project had the impression that Nordic walking was a low-impact form of exercise that could be performed by anybody, regardless of their current level of fitness.

According to a number of studies, individuals who suffer from joint discomfort in their lower bodies as well as muscular weakness may benefit from participating in Nordic walking. In addition to this, it is simple to include into the workouts that are part of cardiac rehabilitation.

The respondents claimed that the activity of walking with poles is a full workout, in which the upper portion of the body may also be engaged, and that it manages to “burn” more calories than the activity of conventional walking does.

When compared to walking at the same pace without poles, it is anticipated that using poles would result in an increase in oxygen consumption (VO2) of between 20 and 49 percent.

Therefore, since Nordic walking produces much greater outcomes in metabolic demand while not significantly raising perceived effort, more people are likely to stick with its practice.

After spending a significant amount of time sitting in front of a computer or working in an office, the participants in the study noted that one of the benefits that Nordic walking had given them was an improvement in their posture. They reported feeling greater mobility in their hips and trunk as a result of taking part in the activity.

Suitable for The Elderly

According to the findings of the study, the participants exhibited a superior level of mental health when compared to the typical citizenry of the nation. In addition, those who had been participating in this activity for more than four years received a higher score for this item.

Sport And Menstruation: How To Train According To The Phases Of...