Skip to content
You are here:Home / 2017: The UK’s Most Important General Election in the Entire Century

The UK’s Milestone 2017 General Election in the Entire Century.

The UK’s decision to exit the EU was a shock to the entire world.

Ever since the EU’s inception, expectations have sprung up of a slowly uniting Europe. The reduced economic restrictions of trade and free travel served to grow such expectations.

The UK population seems to have a different opinion about that though. This was clearly seen in the 2016 referendum.

Brexit: Is The EU is Harming the UK Financially?

Consider the world events of the past 7 years to get an idea of the UK population’s position.

Throughout the past 7 years, the world has seen destabilization in the Middle East. This has led to millions of immigrants moving as refugees into EU territories.

With the UK being a part of the EU, its power to reject hosting refugees was slightly reduced.

There has also been the issue of EU countries submitting to great economic strife. Let’s take the Spanish financial crisis as an example, lasting from 2008-2016. Spain required a bailout in 2012 just to sustain its economy.

There’s also the Greek debt crisis, starting in 2008. The repercussions continue to this day with the recent 2015 bailout. Greece has continuously been relying on bailouts from major EU countries. This is a core issue that has been threatening the UK’s financial security.

Financial disaster with EU countries does not stop at lack of funds. There’s also the unemployment problems of the EU. With financial crisis come sky-high unemployment rates.

Let’s go back to the Greek Example. As of January 2017, Greece has a youth unemployment rate of 48% (1). This is a shocking number, one you won’t even in third world countries.

A lot of EU countries (poorer ones) are sharing similar labor market struggles.

As you can tell, those youth have to get work somewhere. They’ll be seeking opportunities somewhere outside their own countries, possibly in richer EU countries.

With free travel, most youth from poor EU countries will travel to richer countries for work. Thus, immigration rates into countries such as the UK, France, and Germany are on the rise.

This is damaging to the UK’s labor market. After all, most immigrants take up lower-level jobs which tend to go to local UK youth. Thus, youth in the UK will have a harder time finding a suitable starting job to launch their careers.

Brexit Politics in the UK.

This leads us back to the General Elections coming up in 2017. The referendum of 2016 created an odd dynamic between UK parties for the following year.

To get into detail, the UK has many political parties, but 2 of them have a dominating influence. Those would be the Conservative Party (centre-right), and the Labor Party (centre-left).

The Brexit referendum was held by previous Prime Minister David Cameron, a member of the Conservative Party. His stance was supportive of the EU, viewing it as a necessity for Britain economically.

The Tough Position of the Conservative Party.

The following Prime Minister to takeover is the current Theresa May. She’ll be in office until the General Elections of next month.

May’s stance on Brexit was negative before taking power. Regardless this had changed after the resignation of David Cameron (3). This presents the tough position that the Conservative Party is in.

The Conservative Party seems to have previously held a pro-EU stance. To gain voter support, the Party needed a drastic policy change, supporting the exit. She has also mentioned her support for immigration controls. The lack of them is what annoyed UK voters in the 1st place.

She was after all the one who signed Article 50, commissioning the start of Brexit in March 2017. The exit is supposed to be finalized during April 2019.

So What about the Labor Party?

Considering the tough position of the Conservative Party, the Labor Party should be in a position to win, right?

Unfortunately, the Labor party’s condition is just as confusing. The party, after all, is centred on workers and employee wellbeing, and its stances shift as such.

Jeremy Corbyn, the leader of the Labor Party, has presented mixed opinions on Brexit. His opinions change often in fact and may send the average voter into confusion (4).

Before Brexit, he showed supreme support of an EU exit. He had opposed many EU bailout policies, especially the 2015 Greek Bailout.

Currently, Corbyn supports staying in the EU, which means he’s against Brexit. The opinion seems to come from pressure by his party, putting him in a tough spot.

After all, if he’s against Brexit, then he’s saying that the referendum results are useless. Politically, this is a shot in the foot.

If he chooses to support Brexit, he risks an internal division within the party.

Some stances in the Labor party have supported a centrist approach to the Brexit dilemma. For example, Keir Starmer views that free movement should end, but not the economic ties to the EU (5).

The Tough Position of Both Parties.

Both UK parties are in tough positions. They are attempting to balance between unexpected referendum results and previously held stances.

We honestly think that the upcoming election will be an important one. While the decision to exit the EU has been solidified with Article 50, negotiations are still ongoing. It’s not yet clear if the UK will retain certain economic or mobility advantages after the exit.

This will all be defined with the upcoming election. We recommend you stay informed, especially if you’re anywhere near Europe.

Also See : Are There Lessons to EU after Brexit Vote? 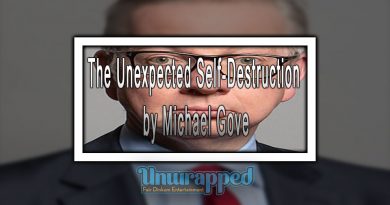