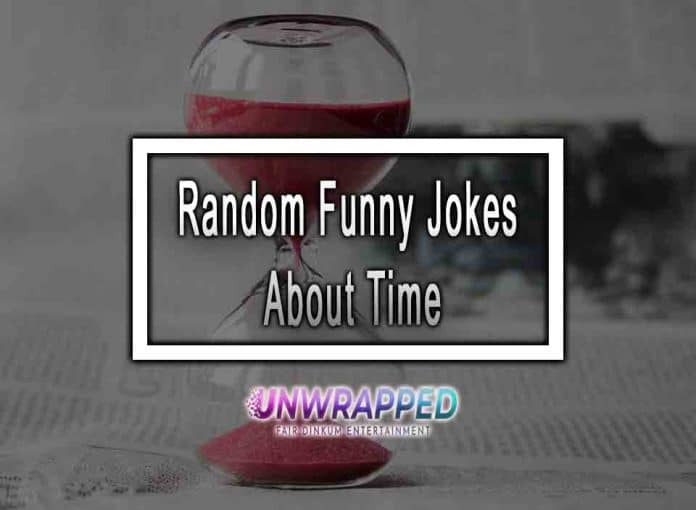 Ready for a laugh? I have collected from around the internet some of the funniest random jokes on Time. See below 10 side spitting (or not) jokes on time.

“Today at work i have managed to get 8 casio watches on one wrist and 9 rolex’s on the other.
I think i have to much time on my hands……”

Maybe I’m not imaginative enough, but if I had a time machine, I think I’d just fast-forward to bedtime.

“I love the clocks going forward, it really brings people together.
Right now, up and down the nation, literally thousands of people are united in looking at their computer screen and their mobile phone and trying to work out whether they changed themselves automatically in the night or whether they are still an hour behind.”

“I sometimes wonder what I’d do if I ever got a time machine….
I guess I’d probably go back in time and stop myself from wasting time by wondering about something that’ll ‘never happen’, thus inadvertently preventing the existence of the time machine.
But then, if I prevented the existence of the time machine, how did future me come back in time to warn present me?
I guess the lesson here is that time is not linear, but a tangled web of intertwining events.
Oh, and you shouldn’t do acid.”

“Getting older is like a game of chess
It’s long, boring and I honestly don’t really know what I’m doing”

My mate text me yesterday telling to meet him at half six. Well I turned up at three and he was three and a half hours late.

I wish you were here… in my room… on my bed… with the lights off… under the blanket… so I can show you my new watch that glows in the dark!