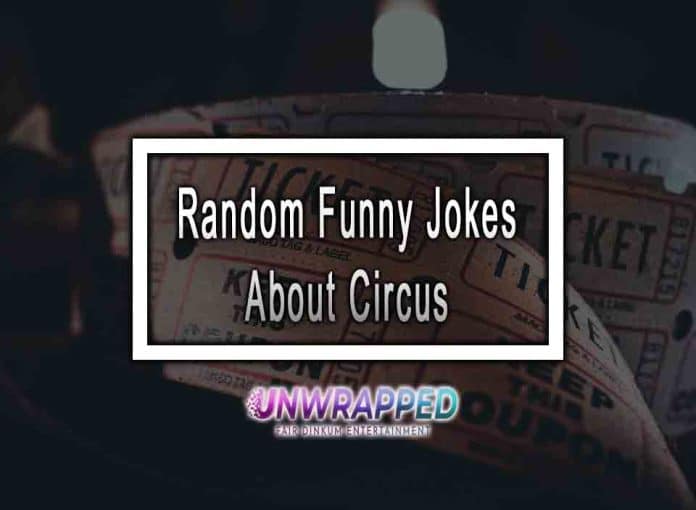 Ready for a laugh? I have collected from around the internet some of the funniest random jokes on Circus. See below 10 side spitting (or not) jokes on circus.

“I have just been offered a job as a clown.
My boss told me the other guy was good.
Seems to me I’ll have some big shoes to fill.”

“I’ve been walking on a tightrope ever since I had an argument with my boss.
I don’t care if he owns the circus, I’m supposed to be the bearded lady.”

“How do you stop a clown from laughing?
Hit it in the face with an axe.”

“I just saw this idiot with bright red hair, going down the road on a unicycle whilst juggling.
What a clown!”

“After a long career of being blasted into a net, the human cannonball was tired. He told the circus owner he was going to retire.
“”But you can’t!”” protested the boss. “”Where am I going to find another man of your calibre?”””

“I’m doing community service at a funfair but today I stole a wobbly mirror.
I just hope it doesn’t reflect badly on me.”

“A clown was taking the mickey out of me earlier so I said to him,
‘you’re dead, funny!’
He said, ‘thanks.’
So I shot him in the chest.”

“It was such a shame to hear that the human cannonball that lost his life the other day.
His career was just taking off.”

“What’s a circus master’s favorite type of cigarette?
A roll-up.”