Skip to content
You are here:Home / 10 Entrepreneurs Who Made Their Fortunes After Turning 30 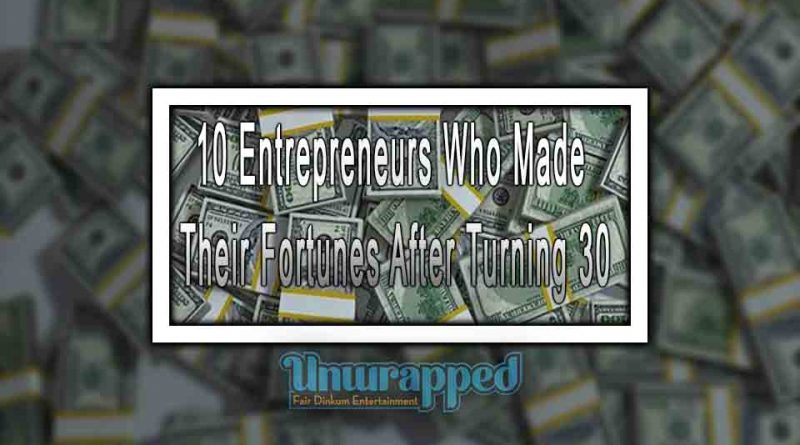 10 Entrepreneurs Who Struck Gold in Late in Life (It’s Never Too Late to Start a Business!)

Life is a series of events that can be both planned and unplanned. You can plan out certain aspects of your life but then a lot of things that happen in life happen unexpectedly. This is because we live in a world full of over 7 billion people and whatever they do, also affects our life.

This takes us to the never-ending old debate about predestination and free will, it is neither. We won’t be getting into the philosophical debate, but if you could plan everything in life, then it wouldn’t even be half as interesting as it is. If everything were unplanned and unexpected, then there would be no stability in life.

The Key to Success

Most of the time in life, you get what you strive for. It is as simple as that. The key to success in life is to persevere. Don’t take our word for it, just look up the life of some successful people out there, and you will find “perseverance” as the single most common factor for success. The longer you persist, in the right direction, the more successful you will become. This, however, is easier said than done, after all the wise men through the ages wrote down all of their wisdom in the book, but for us, humans have a weakness for not learning from the past. This is why although books are full of ancient wisdom, but we still prefer to learn wisdom the hard way, by trying, failing and then learning from our failures. Well, it doesn’t matter as long as we are learning the right lessons.

We have all heard how the young entrepreneurs these days are hitting six-figure incomes early on, to be honest it feels very unreal. Power to these young entrepreneurs but let us not fall into the trap of thinking that if you do not become an entrepreneur quite early in your life, then you have no hope of doing so. No, it is never late for anything in life, and most importantly, everyone has their own calling. It is alright if you spend your 20s working hard for a job, it is alright if you spend your 30s building up your career and it is absolutely okay if you start thinking about entrepreneurship in your 40s.

So on this note, let us now look at 10 entrepreneurs who struck gold quite late in their lives.

We all know Martha Stewart from her famous cooking show, she is a successful businesswoman now with a net worth of over $600 million, but she is also among those who found their rise to entrepreneurial success quite late in life. She worked as a stockbroker, decorator, caterer, chef, magazine editor and it is perhaps this diverse skill set that she was able to build her profile up and start her own magazine well into the age of 50. She is well into her 70s now and still going strong but what we can learn from her life is that she kept on working towards her goal. It wasn’t until she was in her 50s that she broke through that psychological barrier and became a well-known businesswoman, media and lifestyle mogul.

You may not have heard of him, David Steward is a billionaire with a net worth of almost $3.3 billion. He was born in 1951 in a low-income family in American when racial segregation was ongoing. He worked as a manual labourer on the railway tracks, got a few jobs as a sales representative in companies like FedEx and finally started his own business integration solution company in1984. Success, however, didn’t come quickly, in the 90s after establishing World Wide Technologies, he got so financially leveraged that the bank confiscated his car because he failed to pay the lease on time. In the late 90s however, after persistent hard work, his company took off, and in the next two decades, WWT  became a multibillion-dollar company that is leading innovation when it comes to offering business integration solutions. Among some of their top clients are Citi Group, Verizon and the U.S government.

David L. Steward became an entrepreneur in his mid-30s and struck gold in his 40s. His life struggle shows that success will eventually find its way to you if you keep working hard towards your dreams and passion.

Now known globally for her high-end bridal wear, Vera Wang isn’t your typical entrepreneur in the sense that she didn’t even have the idea of starting her own brand till she was 40. She worked as an ice skater, editor for Vogue for 17 years and then left Vogue to join Ralph Lauren. The idea of starting her own brand came when she was looking for her bridal dress and couldn’t find anything that she liked, so she ended up designing her own bridal gown. She now has a net worth upwards of $500 million and her brand “Vera Wang” is one of the top high-end bridal wear brands in the world.

Who doesn’t like a good burger or fried chicken from KFC? How many of us know that it wasn’t until Colonel Sanders was in his 60’s that he franchised his idea. In his early life, Harland David Sanders, better known as Colonel Sanders, did everything from being an insurance agent, ferry attendant to a gas filling station attendant. He then got his own gas filling station, and it was there that he first started offering complete meals to travellers who stopped at his gas station. But it wasn’t until his 60s that his big idea struck big gold.

A self-taught graphics designer who worked on Hollywood blockbuster movies like Robocop 2 and Star Trek, Lynda Weinman has an interesting journey. Her degree is in humanities but her interest in graphics designing landed her a career as a graphics designer in Hollywood and then she ended up publishing a book on graphics designing that is considered by many as the first book on the subject. She also taught motion graphics for a while in California. In the 90s, when she was over 40 years of age, she set up her own site Lynda.com as a free resource site for her students and then eventually it turned into an online platform where students could learn graphics designing through video lectures on monthly and annual subscriptions. In 2015 LinkedIn bought Lynda for $1.5 billion.

One would think that since LinkedIn is a social networking site, it must surely have been founded by a guy working from his dorm, right? No! Reid Hoffman was a Stanford graduate who was looking to strike it big, but success didn’t come to him quickly. He worked at Apple, and after helping them develop an internal social networking system, he left to set up his own social media site known as Social net. Unfortunately, his social media platform didn’t take off. He worked at PayPal then and then setup LinkedIn when he was 35 years old and floated it for an IPO when he was his 40s. It took a while for LinkedIn to take off, and by the time it did, Hoffman was in his 40s.

What does this teach us? Perseverance, he kept on trying to do what he was good at, and finally, his idea clicked.

Her name needs no introduction; she is one of those rare authors who have created a fictional universe that will endure long after she has passed on beyond the veil. Did you know that the first Harry Potter book didn’t publish she was 32 and by that time the book had been rejected by 12 different publishers and Rowling’s personal life had hit rock bottom, with her on the verge of bankruptcy, unemployed and a failed marriage. Her net worth is now over a billion dollars, and she has invested almost half of it in her charity “Lumos”.

Just keep following your passions in life and do not be afraid of failure. Persevere!

The name doesn’t need any introduction but did you know that the first comic that went big for Stan lee was “The Fantastic Four” and he wrote it when he was 39 years old? He didn’t even come up with the Marvel universe well in his 40s.

Well technically maybe you cannot call him an entrepreneur but still he makes it to the list for making it big quite late in his life or maybe “late” is a word that we shouldn’t even use with success. Success is never late; it is always right on time! (Copied that line from LotR, for all the LotR stans out there!)

Read More : Does Manufacturing in Australia Have a Future?

GAP is a multibillion-dollar, trendy fashion wear brand and if you think that it was started by young Madison Avenue designer straight out of college, then you couldn’t be more wrong. Donald and Doris Fisher had difficulty finding jeans that fitted then right; they were both over 40 years of age when they decided to open their first clothing store Gap, that stood for Generation Gap, without any prior experience in retail. Within a few years, the brand took traction and become a quintessentially American clothing brand known globally.

The lesson that we can learn from all of these stories is that there is no age limit for anything in life. The key is to work hard, persevere and stay true to your dreams and passion in life.

Also See : 5 Industries Which Stand to Profit from COVID-19

Finance vs Economics What’s The Difference 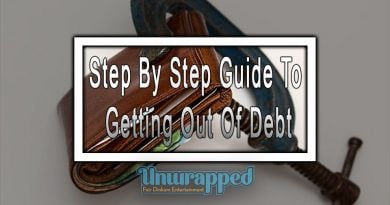 Step by Step Guide to Getting Out of Debt 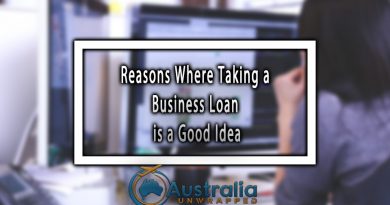 Reasons Where Taking a Business Loan is a Good Idea