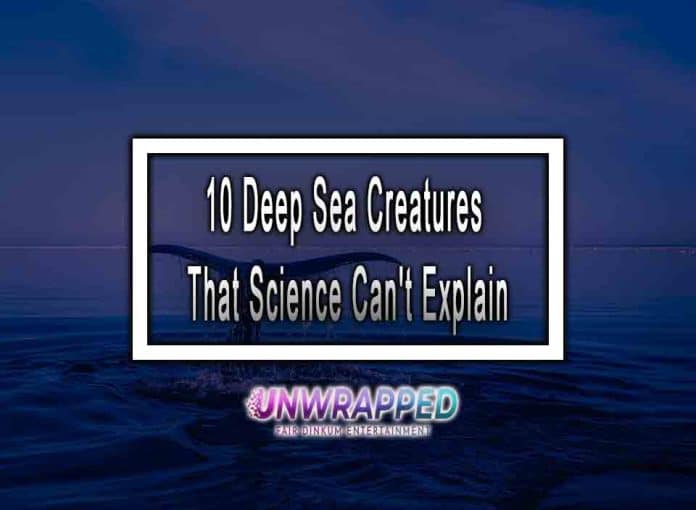 Before you dive in this summer, keep in mind that there’s still a lot we don’t know about what’s going on beneath the waves. Even though the ocean spans 70% of the Earth’s surface, mankind has only found around 5% of it. Even though we know more about Mars’ surface than the ocean’s seafloor, scientists have been able to map the entire ocean floor—though the resolution is so low that we can only distinguish objects larger than three miles.

The waters hold many secrets within their depths. Although many of these secrets have been solved by scientists and analysts, there are still several unsolved maritime riddles that fascinate us. Sailors all throughout the world have witnessed and experienced a variety of unexplained water occurrences. As a result, the myriad unsolved mysteries of the maritime area become intriguing topics for debate and discussion.

Must See: Madness At The Bottom Of The Ocean

Deep-sea monsters are unquestionably scary. On the other hand, some of these lovely creatures are commonly misunderstood. Many of the horrible characteristics that give these monsters their horrific visage are really required for survival.

Let’s have a look at these top 10 strangest and most deadly aquatic animals!

Most Dangerous Waterslide in the World with Sharks