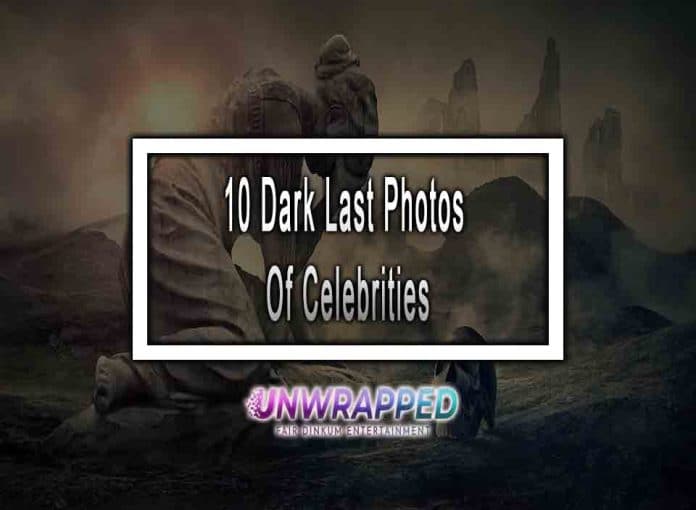 Gone, but never forgotten. Losing a Hollywood legend is never easy, but in certain circumstances, a star’s death occurs much before their time.

Amy Winehouse, Prince, Whitney Houston, Cory Monteith, and Robin Williams all died suddenly and unexpectedly. Celebrities spend the majority of their lives in the spotlight. Cameras will record both the good and bad aspects of their life, and the photographs will be posted for all to see… newspapers, magazines, and television

The general people have an odd fixation on celebrity and renown. With cameras tracking their every step, a celebrity’s final shot will be captured at some point…sometimes expectedly due to illness, and sometimes suddenly due to death.

The pictures you’re about to see today are truly sad because they capture celebrities’ final moments, whether it’s Amelia Earhart packing her bags for a journey she’d never return form or a photograph of John Lennon with the man who later murdered him. We’re covering it all in today’s video so let’s just get right into it and start this countdown.

Also See: Most Dangerous Waterslide in the World

We’ve got Paul Walker on our hands. Paul Walker attended a charity event for Reach Out Worldwide on November 30th, 2013. In a red Porsche Carrera gt, he was last seen speeding away. He had no idea that the automobile would smash into a concrete signpost and two trees later that day, engulfing both Walker and the driver in flames. Looking at this shot, it’s hard not to be sad since Paul appeared joyful going into the car, unsure of what would happen to him. What’s more frightening is that if it hadn’t been for one text, he could still be alive. He woke up that morning completely forgetting about the charity event that he had to attend until someone texted him to remind him that if he hadn’t gone to the event and just stayed home, things would have been different.

Deadliest Animals in the World